Popular medical doctor and DJ Dr Sindi van Zyl has passed away at the age of 45. Her passing was announced by her family on Saturday.

She has been in hospital for 2 months and just last week, people were raising funds for her hospital bill.

The family thanked everyone who stood together with them recently to help raise funds for Sindi’s hospital bill, in addition to the national outpour of prayer, love and support for her.

“It is however with profound sadness that we confirm the passing of our Wife, Mother, Sister and Daughter, Sindisiwe van Zyl (45).

“Sadly she passed away on Saturday morning, the 10th April in Johannesburg whilst in hospital.” the statement read.

She leaves behind her dear husband Marinus and beautiful kids, Nandi and Manie.

It's with profound sadness that we confirm the passing of Dr Sindi van Zyl. Beloved by many in and outside the Kaya FM community.

This is the official statement from her family: https://t.co/NmazjpxJSc

The family of beloved Dr Sindi have confirmed her passing #RIPDrSindiVanZyl pic.twitter.com/TTA7pys6lx 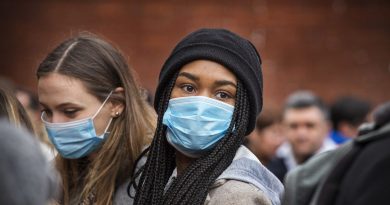