Chief Executive Officer (CEO) of Ghana Gas Company Limited, Dr. Ben Asante has disclosed that the company has been saving $3.5 million (around R49,3m) each month since the decision to replace Chinese engineers was implemented.

Technical operations of the company’s plant which is located in Western Region of the West African country were initially run by about 50 Chinese nationals who received exorbitant amounts from the state.

In a bid to deal with the excessive cost of managing the Chinese technicians, a consultation was held on the issue with necessary authorities which resulted in the tough replacement decision.

The company then recruited and trained 50 Ghanaian engineers to take up the task; the CEO revealed during a recent tour at the facility that Ghana gas has successfully replaced all 50 Chinese expatriate staff.

Describing the performance of the locals so far, the CEO said “they are brilliant and so far we have not had any incidents at the plant”. He is Highly optimistic that, they will maintain the efficiency moving forward.

African countries have over the years spent huge sums of money recruiting expatriate technicians, contractors, and other professionals whilst the large number of graduates they produce in these fields remain idle or flee to Europe and other places to seek for jobs.

Late last month, it was reported that South Africa is also expected to welcome 24 Cuban engineers which have been brought in to help address the country’s water infrastructure issues and to share expertise.

Do you think South Africa should follow the Ghanaian footsteps? UJ says news of Phindile hacking their system are FALSE 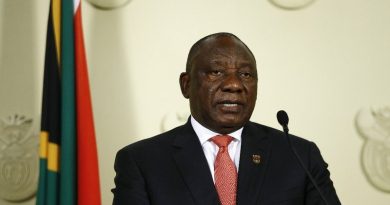 PowerBall and PowerBall Plus results: Tuesday, 04 May 2021

Share with friends The streets of Site-B in Khayelitsha are filled with blood. This comes after shootings that happened today,