House music sensation Lady Zamar has opened a case of rape against her ex-boyfriend and fellow musician Sjava.

The singer, real name, Yamikani Janet Banda, opened the case at Lyttleton police station in Pretoria in November after taking to social media platforms and claiming that Sjava had sexually violated her.

The case was later transferred to Thohoyandou police station for investigation. According to the police statement, Lady Zamar alleged that Sjava raped her at the Porche Villa Hotel in Thohoyandou after their performance at the Royal Heritage festival in Venda, Limpopo, on September 9 2017. Detailing the incident, the Collide hitmaker alleged that Sjava had invited her to his hotel room after their performance at the show. They had travelled to the hotel in separate vehicles.

She alleged that when they arrived in the hotel room, Sjava slept but she didn’t. Sjava woke up in the morning and started kissing her and she kissed him back.

Sjava then performed oral sex on her and when she tried to stop him, he put on a condom and penetrated her, she said.

“He woke up and started kissing her and she kissed him back. And he started taking her clothing of (sic) and she kept quite (sic) and did oral sex. He took the condom and put it on his penis and penetrated her. She tried to stop him during the oral sex but he did not stop. She just let it happen as he was stronger than her. She was crying as it was painful. When he finished, he got off and held her and told her to sleep on the same day at 12:00”

Lady Zamar said after the rape incident, she and Sjava had ravelled back to Joburg together in the same vehicle. She said she has never been herself since the alleged incident.

Limpopo police spokesperson Motlafela Mojapelo confirmed lady Zamar had opened a case of rape against Sjava. He said the police have completed their investigations and referred it to the National Prosecution Authority for a decision on whether to prosecute.

“We confirm that a case of rape was opened on 2019-11-14 at Lyttleton SAPS in Gauteng province. It was then transferred to Thohoyandou SAPS in Limpopo on 2019-11-22 for further handling as the alleged incident was reportedly committed in Thohoyandou policing precinct” he said.

Mojapelo said although Sjava was questioned by the police, he was not arrested dues to the complexity of the case.

“the alleged incident reportedly happened on 2017-09-09 and the was case was only opened after two years and this requires meticulous investigations, as in other cases, to ensure that every piece of information is properly followed up,” he said.

Despite promises to provide comment, Sjava had not done so at the time of going to press. When Lady Zamar publicly accused Sjava of abuse on Twitter last year, he responded:

“I am aware of the false allegations relating to abuse and assault contained in tweets by Yamikani Banda [Lady Zamar] on 29 October 2019 and the media articles based on those allegations. On the advice of my legal advisors, I am pursuing the matter through formal legal channels”

Lady Zamar, speaking through her PR firm, confirmed she had opened a case against Sjava and said the matter was sub-judice. 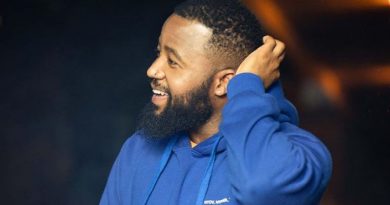