Social Media has been flooded by condolences messages after the death of Mzwandile Nzimande popularly known for being a resident DJ at Kaya FM and co-founding the clothing brand, Loxion Kulca.

Kaya FM announced on their website: “It is with great difficulty that we share the news of  Mzwandile Nzimande’s passing earlier today, as confirmed by his family.  DJ 1D, as he was affectionately known, was the pioneering co-founder of the iconic streetwear brand – Loxion Kulca, a storyteller and a highly accomplished figure in the South African music scene.

“His passion for telling South African stories was evident in one of his recent projects —SABC 1’s Evolution of Mzansi Street Culture. He spent a decade behind the decks as Kaya FM’s resident DJ,  where many were blessed to experience his friendship and endlessly imaginative musical talent.

“Wandi was a friend and brother to so many staff members. We will miss his genuine interactions with people in the building and the work ethic he brought into every mix. It has been a real honour working with a cultural icon like him”-  Ncebakazi Manzi,  Kaya FM’s Acting Programming Manager.

We would like to send our condolences and prayers to DJ 1D’s  family.

[A LEGEND HAS FALLEN] Today the Nzimande family confirmed the passing of legend, and our friend, Mzwandile Nzimande, you might know better as DJ 1D. RIP DJ 1D https://t.co/yeQOuoe0e8 pic.twitter.com/KIs8NSgD4M

Thank you for the laughs, the tears & memories you shared with us over the last four hours. 🙏🏽❤️🕊 #RIPDJ1D

We are saddened by the passing of the wonderful Co-Founder of Loxion Kulća and Kaya FM Mix DJ, Wandi Nzimande (@DJ1D). We send our condolences to his family, friends, and South Africans at large. May his soul rest in eternal peace🙏🏼

We lost an Icon, a fighter, a Legend and a friend today. Thank you for all the wisdom that you shared. #RIPDj1D

This is a developing story 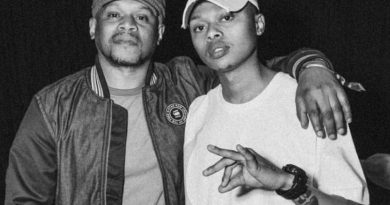