Twitter users have been sharing a story of how a University of Johannesburg (UJ) student hacked the University’s system and changed her marks and 200 other students.

Phindile ,a UJ student hacked the system and gave herself distinctions. 😔 😢 😭 😂 pic.twitter.com/MDnp7TGJjE

The story claims that Phindile hacked the system because her bursary ditched her and her parents cannot afford to pay for her and her young brother.

UJ was quick to send out a Tweet warning people not to believe the “misinformation disguised as legitimate news”.

#UJ has noted a report peddling misinformation disguised as legitimate news. The report, which was published on a news satire/parody site, is FALSE! Sadly, many readers have been misled to believe that it is real news. It is FAKE news! #phindile

Of course Twitter users did not want to hear that and are calling Phindile a hero for what she allegedly did.

What if it's Phindile tweeting this? 😂

Bring us Phindile, we want her side of the story. pic.twitter.com/26xrHROyb7

@zozitunzi said woman should take up space and they are doing just that, first it was the lady who took 4 Mil now is Phindile….. Woman are doing the most bahlali 💪💪💪💪💪 I yes all of you my queens#phindile pic.twitter.com/EQZKADNFPP

If I had an IT Security company I would hire Phindile & give her all the toys she needs to prevent such future hacks.

What do you think? Do you think Phindile really did it and UJ is just embarrassed? Tell us below. Dozens of Capitec clients report money stolen from their accounts 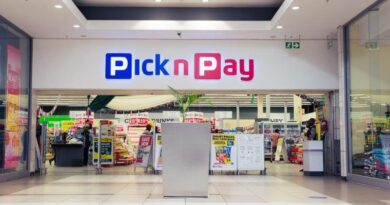