She hails from Soweto and is an alumnus of Oprah Winfrey Leadership Academy for Girls (OWLAG), where her acting career started.

She holds a Bachelor of Social Science degree in Psychology, Economics and Drama from Rhodes University. She also graduated with Honours in Dramatic Arts, specialising in Acting, Physical Theatre and Applied Theatre.

In 2018, while doing her 3rd year, she directed a play called “Skinned” at the Grahamstown National Arts Festival.

She was actually making plans to return to Rhodes University for a two-year Masters programme in Arts Management when she decided to audition for a role on Gomora.

In 2020, she landed her first role in television in the Mzansi Magic telenovela Gomora, starring as Mazet – a gorgeous and dangerous young woman from Alexandra who tempts Ntokozo, played by Ntobeko Sishi, into a life of crime.

I’ve had so much time to sit with myself and reflect throughout this time. For many of us, this period has brought on a lot of uncertainty and anxiety. But on the other hand, we live such fast paced lives so this period has also forced a lot of us to just stop for a moment and breathe. Amidst all the chaos, I hope we’ve all found something to be grateful for. (Side note: If you can, help those in need and more importantly I hope we remember to maintain the dignity of those we help). Enjoy your week.🌻 Be safe.

I’m so honored to be a part of such an amazing cast.🥺❤️
Catch #GOMORA from the 30th of March every weekday at 19:30 on @Mzansimagic 🎬 https://t.co/NWJiFOEJce 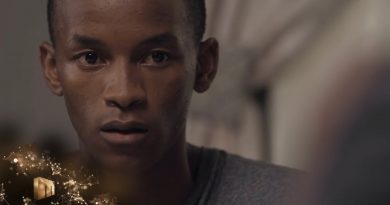